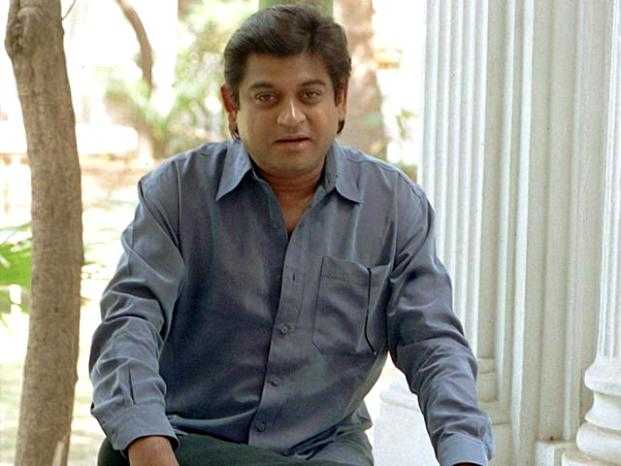 Amit Kumar is an Indian Singer, Actor, Producer and director. He is the son of legendary Indian singer Kishore Kumar. He has his own music company Kumar Brothers Music.

Amit Kumar was born on 3 July 1952 (age 67 years; as in 2019) in Mumbai, Maharashtra. His zodiac sign is Cancer. His full name is Amit Kumar Ganguly. He did his schooling from many places such as Besant Montessori School, Mumbai, St. Xavier’s School, Jharkhand, South Point School, Kolkata, and Patha Bhavan, Kolkata. He had started acting since he was a child. He had a passion for singing since childhood and used to sing in Durga Puja pandals when he used to stay with his mother in Calcutta. Once when her mother complained to Kishore Kumar that he only sings filmy songs, Kishore brought Amit to Mumbai. He used to sing and go to recording studios along with his father. Kishore Kumar also cast Amit in two of his movies.

Amit Kumar is married to Reema Ganguly. He has two daughters, Vrienda Kumar and Muktika Kumar.

Amit Kumar used to sing since childhood. He used to attend his father’s recording sessions and would also sing his compositions. His first song professionally was Hosh Mein Hum Kahan by Sapan Jagmohan for the film Darwaza which released in 1978. He recorded this when he was 21 years old in 1973. He often used to sing duets with his father such as Haseeno Ke Chakkar Mein, Sun Chache Bol, and Nazar Lage Na Saathiyo became popular. In 1976 he sang Bade Achchhe Lagte Hain which was composed by R.D. Burman, which got him national fame. The song was so popular that it was listed as the 26th most popular song of all time in 1977. He recorded 170 songs composed by R.D. Burman in his career.

He was a close friend of Randhir Kapoor and did playback singing for him in many movies. His 1980 song Laila O Laila with Lata Mangeshkar went viral and was ranked as the 6th best song of 1980. In 1981, he won the Filmfare award for the Best Playback Singer for his song Yaad Aa Rahi Hai from the film Love Story. Kumar used to sing for almost all composers and directors, he was one of the most preferred playback singers of his time. Many directors used to approach him as regardless of how the film performs, his songs were usually a hit. His favourite composer was R.D. Buman and he loved working with him. He worked extensively with R.D. Burman from 1975 to 1994 and with  Bappi Lahiri from 1983 to 1995. After his father’s death on 13 October 1987, Kumar and his half-brother Sumit Kumar released the album Dui Kishore as a tribute to Kishore Kumar.

Amit Kumar With Sumit Kumar At The Launch Of Dui Kishore

During the end of the ’90s, Amit Kumar started declining offers from directors. He mainly used to work with Bappi Lahiri and some new artists. In 1996, he withdrew totally from the film industry. He mostly then focused on orchestra shows and live performances. He also used to perform in other languages such as Bengali, Odia, Marathi, Konkani, and Assamese.

He started his acting career when he was 11 years old, with his father, Kishore Kumar’s film  Door Gagan Ki Chhaon Mein in 1964. He appeared in many movies such as Door Ka Raahi (1971), Badhti Ka Naam Dadhi (1974), Shabhash Daddy (1979) and Chalti Ka Naam Zindagi (1982). His last film was with Leena Chandavarkar (his stepmother) and Rajesh Khanna named Mamta Ki Chhaon Mein, which was being directed by his father. After Kishore Kumar’s death on 13 October 1987, Amit Kumar took over the film as the director, completed the film and released it in 1989.