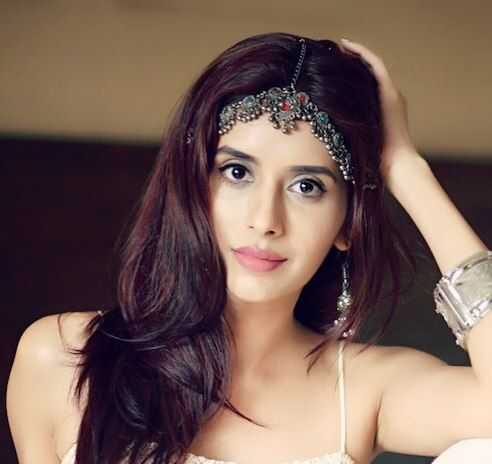 Charu Asopa is an Indian television actress who is known for her role in Indian TV serial “Mere Angne Mein” that aired in Star Plus from the year 2015 to 2017.

Charu Asopa was born on 27 February 1991 (age 28 years; as in 2019) in Bikaner, Rajasthan. Her zodiac sign is Pisces. She has done a small acting course from ‘Kishore Namit Kapoor Acting Institute’ in Mumbai.

Her mother’s name is Neelam Asopa.

Charu Asopa With Her Mother

Charu Asopa With Her Father

Charu Asopa And Her Maternal Grandmother

She has a sister named Chintan Asopa and a brother named Chetan Asopa.

Charu Asopa With Her Brother Chetan And Sister Chintan

She was engaged to Neeraj Malviya, who is a television actor. Unfortunately, they both broke-up in 2017.

She got engaged to Rajeev Sen (model entrepreneur), who is the brother of Sushmita Sen.

Charu Asopa started her career as a model. She made her debut in Indian television with the serial “Yeh Rishta Kya Kehlata Hai (2010-2011)” aired on Star Plus.

She made her Bollywood debut with the movie “Impatient Vivek (2011).”

In 2018, Neeraj Malviya, Charu’s ex-fiance kissed her unexpectedly in front of media when she was talking to them during an ongoing cricket reality show. She was shaken by the incident and termed Neeraj’s behaviour as a publicity stunt. The duo called off their engagement in November 2017. However, Charu denied the news, but Neeraj confirmed it later.