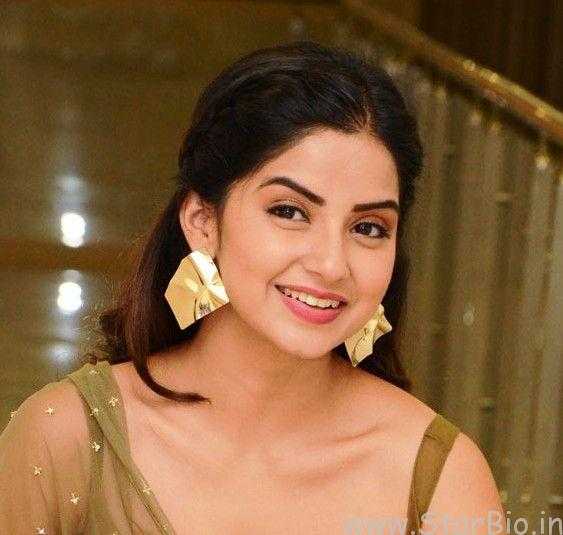 Kashmira Pardeshi is an Indian model and actress. Her name first hit the headlines in November 2018 when it was confirmed that she will join the star-studded cast of India’s first space film Mission Mangal (2018). Let us find out some fascinating facts about Kashmira Pardeshi and try to dig out about her personal and professional life. Shall we begin?

The Scorpion actress was born on 3 November and is estimated to be 23 years old (as in 2018). She was born and brought up in Pune, Maharashtra, India.

Since her childhood, she wanted to do something related to fashion or glamour and her family also supported her all the way. She took the first steps towards a modelling career while she was doing her graduation; as she won the Clean & Clear Pune Times Fresh Face title at Brihan Maharashtra College of Commerce, Pune.

Initially, she appeared in various commercials alongside theatre workshops, during the course of which she started getting acting offers from South India. Out of many acting offers, she chose to make her acting debut alongside Naga Shaurya in a Telugu romantic comedy film Nartanasala (2018), under the debutant director, Srinivas Chakravarthi.

Kashmira Pardeshi is around 5′ 5″ tall, weighs around 55 kg, has dark brown eyes and black hair.

Kashmira Pardeshi with her family

Kashmira did her schooling from St. Anne’s School in Pune. With a dream to make a career in the field of design, she pursued her Bachelor of Design in Communication Design from the prestigious National Institute of Fashion Technology (NIFT) in Mumbai, where she learned various areas of design and communication like Visual Merchandising, Photography, Creative Writing, Design Management, Design Strategy, and Design Thinking. After completing her graduation, she did various ad films during the course of which she developed an interest in acting. In order to polish her acting skills, she attended acting workshops also worked as a theatre artist at the Pravah theatre in Mumbai. Her acting in ad films impressed the South Indian filmmakers and that’s how she grabbed her debut film Nartanasala (2018), alongside Naga Shaurya. A few months after the release of her debut film, she got her big break in Bollywood with the star-studded Mission Mangal (2018), India’s first space film starring Akshay Kumar, Sharman Joshi, Vidya Balan, Taapsee Pannu, Sonakshi Sinha, Kirti Kulhari, and Nithya Menon.