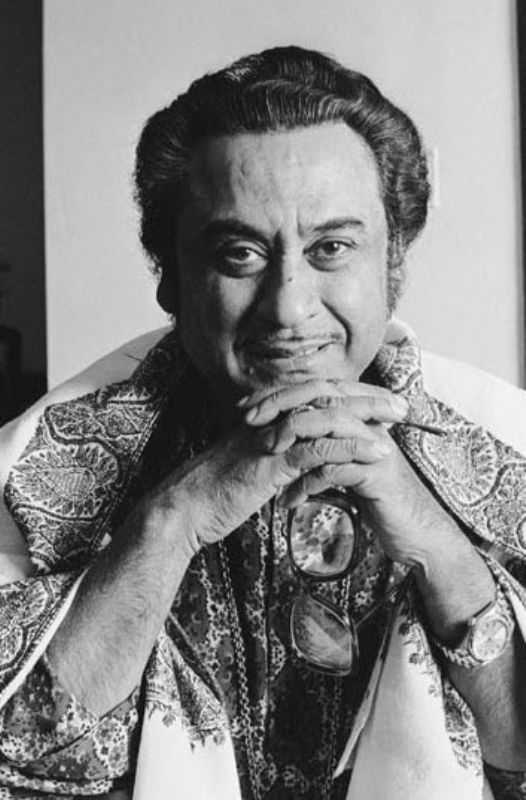 Kishore Kumar is an Indian playback singer, actor, lyricist, composer, director, and screenwriter. Kishore Kumar is regarded as one of the most successful and famous singers of the Indian Music Industry. He is widely attributed to as,’Kishore Da.’

Kishore Kumar was born as ‘Abhas Kumar Ganguly’ on 8 August 1929 (age 58 years; at the time of death) in the Khandwa city of Central Provinces (now in Madhya Pradesh) in British India.

Kishore Kumar As A Child

His zodiac sign is Leo. He did his graduation from Christian College, Indore.

Kishore Kumar belonged to a Bengali Family. His father Kunjalal Ganguly (Gangopadhyay) was a lawyer. His mother Gouri Devi was a homemaker. He had three elder brothers named Ashok Kumar (actor) and Anoop Kumar (actor). He has a sister named Sati Devi.

Kishore Kumar With His Family

He married four times. His first wife Ruma Guha Thakurta aka Ruma Ghosh was a Bengali Actress and Singer. He was married to her from 1950 to 1958.

He got married to his second wife Madhubala, a Bollywood actress. They got married in 1960, and their marriage lasted until Madhubala’s death on 23 February 1969.

He got married for the third time to Yogeeta Bali (Bollywood actress), and their marriage lasted from 1975 to 1978.

Kishore as a singer did not get the formal training in music, he was heavily influenced by K. L. Saigal and would often mimic his singing. Kishore later developed his style of singing that featured  ‘Yodeling,’ which he had heard on the records of Tex Morton and Jimmie Rodgers. He has worked with several music directors as a singer from that time such as S. D. Burman, R. D. Burman, Laxmikant-Pyarelal, Kalyanji-Anandji, Anu Malik, and has recorded duets with singers like Asha Bhosle and Lata Mangeshkar, Mohammed Rafi, Anuradha Paudwal, Alka Yagnik, Hariharan, Udit Narayan. He became the voice of several Bollywood actors like Dharmendra, Amitabh Bachchan, Shammi Kapoor, Shashi Kapoor, Vinod Khanna, Mithun Chakraborty, Dilip Kumar, Rishi Kapoor, Anil Kapoor, Sanjay Dutt, Sunny Deol, Rakesh Roshan, Rajnikanth, Govinda and many more.

Kishore Kumar made his acting debut with the film “Shikari (1946)” alongside his brother Ashok, who played the lead role in the movie.

As A Producer/Director/Writer/Screenplay/ Music Director

Kishore Kumar has written and produced 14 films, out of which, many were not released. “Jhumroo (1961)” was his debut film as a producer and as a music director.

Kishore Kumar died of a heart attack on 13 October 1987 at 4:45 pm. His body was cremated at his hometown Khandwa in Madhya Pradesh.