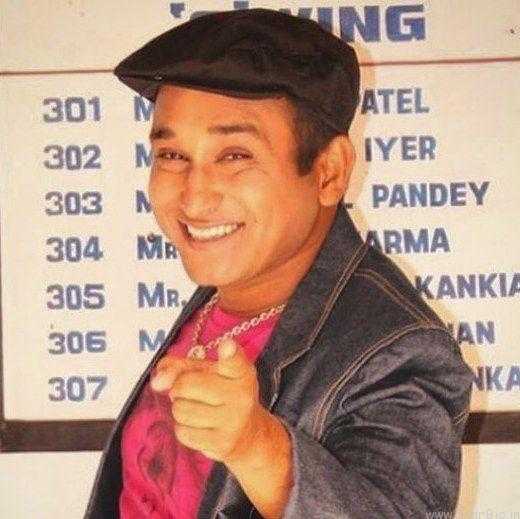 Mayur Vakani is an Indian television actor and a sculptor. He is known for playing the role of “Sundarlal” brother of Daya Jethalal Gada in the SAB TV’s comedy show “Taarak Mehta Ka Oolta Chashma.”

Mayur Vakani was born in 1976 (age 41 years; as in 2019) in Ahmedabad, Gujarat. He attended Ahemdabad’s Kameshwar High School and went to C. N. College of Fine Arts to pursue his graduation. Mayur holds an M.A. degree in Indian culture, a diploma in sculpture, and a diploma in drama. Being born to a theatre artist father, Mayur was inclined towards acting from a very young age. He started doing theatre when he was just 6 years old.

In addition to acting, he is also pursuing his profession as a Sculptor.

Mayur Vakani belongs to a Hindu Family. His father, Bhim Vakani, is a Gujarati theatre artist. Not much is known about his mother. Mayur has two younger sisters, Disha Vakani, and Khushali Vakani.

Mayur Vakani is married to Hemali Vakani. The couple has a son, Tathaya Vakani, and a daughter, Hasthi Vakani.

Mayur Vakani with his wife

Mayur Vakani with his son and daughter