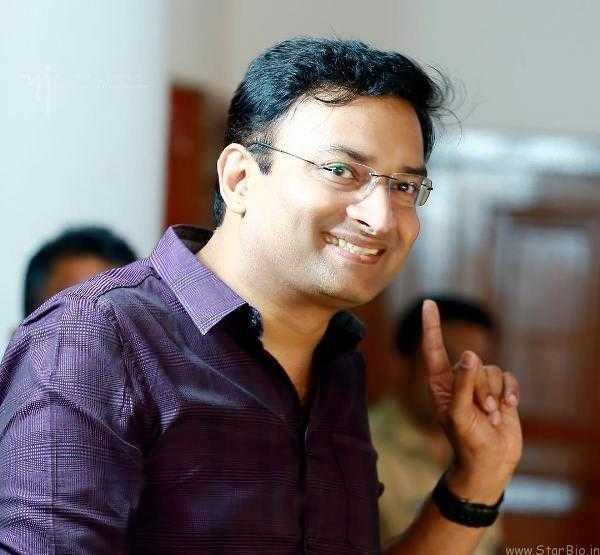 Prasanth Nair is an Indian IAS (Indian Administrative Service) Officer and film director. He is well known for his experimental initiatives for poverty eradication and city administration in Kozhikode like “Compassionate Kozhikode,” “Operation Sulaimani” and “Savarigiri.”

Prasanth Nair was born in 1986 (age 33 years; as in 2019) in Thalassery in Kannur District of Kerala. He spent his childhood in Thiruvananthapuram. He attended Thiruvananthapuram’s Loyola School.  Nair did his graduation in law from the Government Law College Thiruvananthapuram, University of Kerala. As a child, he wanted to be a cinematographer but once he went to pursue his graduation he started preparing for the civil services. In 2007, he secured #AIR 4 in the UPSC examination and was to the Indian Administrative Service (IAS) from the Kerala cadre.

Prasanth Nair belongs to Hindu Kshatriya Family. His mother was a professor at the Government Medical College. He is married to Lakshmi Nair and has a son, Amrithavarshan, and daughter, Ammu.

Prasanth Nair with his son

After qualifying the civil services examination, Prasanth became the IAS (Indian Administrative Service) Officer of Kerala cadre in 2007. He was appointed as the Collector of Kozhikode, Kerala. Nair has served in various capacities in different sectors including Taxation, Tourism, Water Supply, Roads, and Skill Development. He has headed two projects of the World Bank namely, “KSTP” and “Jalandhini.” He earned public acclaim after he took novel initiatives for poverty eradication in Kozhikode. He launched several programmes during his tenure like Tere Mere Beach Mein, a project that was launched to handle the waste management at the Kozhikode Beach; Operation Sulaimani, a project which aimed to address hunger in urban areas; and Yo Appooppa, a program launched to improve the quality of life of the elderly men and women. Nair also launched “Compassionate Kozhikode” which was a social initiative to help the institutions like children’s home, old age homes, mental health centres, and palliative care centres. It soon earned him a title of “Collector Bro.”

Prasanth Nair as the Collector of Kozhikode

In November 2017, Nair was appointed as the private secretary to KJ Alphons, the Minister of State for Tourism (Independent Charge) for 5 years. However, his appointment did not even last a year due to his differences with the minister. He has also served as a secretary to the then Home Minister, Ramesh Chennaithala.

In addition to his career as a civil servant, Prashant has made an acting stint in Ajay Devaloka’s “Who.” He has also directed a short film titled “Daivakanam” which had its World Premiere at 71st Cannes Film Festival.

Prasanth Nair landed into a controversy when the district chief of Congress remarked that Nair was whiling time on the social media but not receiving the phone calls. Later, Nair during an interview said- “Putting a post on Facebook takes just five minutes. Just because my profile picture keeps smiling at you 24×7, doesn’t mean that I’m sitting there throughout. Secondly, I’m not chatting with my girlfriends. The citizens are communicating with me and getting their problems sorted out through this medium. And finally, Facebook and Twitter are additional media for citizen interface.”