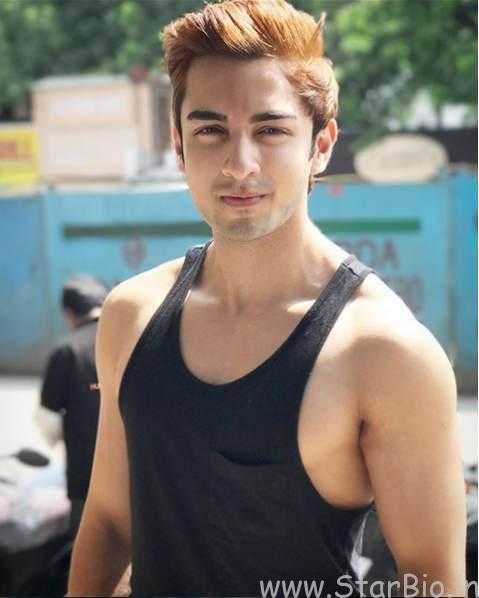 Rohit Suchanti is an Indian Actor who also participated in the 12th season of the Indian reality show, Bigg Boss as a contestant. Let’s take a look into the life of the youth heartthrob with a lens.

Rohit Suchanti or Chotku as fondly called by his brother was born on 6 April 1996 in Mumbai, Maharashtra, India. He is in his 22s. He ventured into the showbiz industry as a child artist and has since been part of many television shows.

He is popular among the youth for his looks and physique. He is 5′ 9″ (175 cm) tall and weighs approximately 75 kg (165 lbs). He loves to maintain his body and his chest measures 42 inches, waist 32 inches and biceps 16 inches. He has brown eyes and black hair.

Rohit hails from an upper-class family with the background and roots from Jaipur. He was born to Sandeep Suchanti, a film distributor and Anita Jain. He grew up with his brother, Shobhit Suchanti and has no sister.

Rohit Suchanti with his parents, brother, and sister-in-law

He has shifted many schools and has studied in Step By Step School in Shillong, Navi Mumbai High School in Mumbai, and Baldwin Boys’ High School in Bengaluru. He then completed his graduation from Sri Bhagawan Mahaveer Jain College, Bengaluru.

His career started from a very young age. He made his TV debut as a child artist in ‘Saas Bina Sasural’ (2010). He has done TV shows including Sasural Simar Ka, Warrior High, and Saath Nibhaana Saathiya. He became a household name for his portrayal of “Ramakant Modi” (Gopi’s son) in Saath Nibhaana Saathiya. On 21 October 2018, he entered the ‘Bigg Boss 12′ house as a wildcard entry. Before entering the show, he revealed that his favourite contestant in the Bigg Boss house was Surbhi Rana.