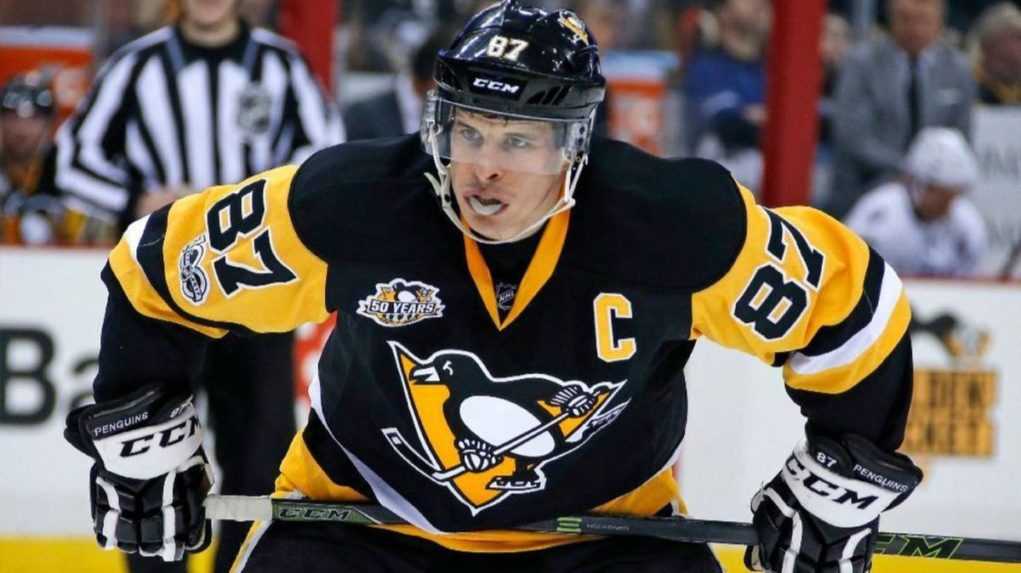 Sidney is believed to be one of the greatest hockey players of all time and has been one of several players called “The Next One”. The name is usually given to players who are considered the next “Wayne Gretzky”. Wayne Gretzky is largely considered the greatest hockey player of all time and his nickname was “The Great One”. Other players called “The Next One” include Phil Kessel, Eric Lindros, Connor McDavid, Paul Kariya, John Tavares. Ironically, none the players dubbed the “The Next One” has managed to beat any of Wayne Gretzky’s records as of now.

In his first season, he became a runner-up for the Calder Memorial Trophy (which doubles as the NHL’s Rookie Of The Year Award) and won the Art Ross Trophy in the second season, becoming the first teenager/youngest player to win a scoring title in any major North American sports league. He was also the year’s most valuable player, winning the Hart Memorial Trophy. The same year, he was considered by his peers as the most outstanding player and won the Lester B. Pearson Award as well.

Sidney began the 2007-2008 season as the team’s captain, leading the Pittsburgh Penguins to the 2008 Stanley Cup Finals; unfortunately, the team lost to Detroit Red Wings. In a fortunate series of events, the Pittsburgh Penguins went up against the Detroit Red Wings the next year and won, making Sidney Crosby the youngest NHL captain to win the Stanley Cup.

Sidney has also won the Mark Messier Leadership Award,  Maurice “Rocket” Richard Trophy, Ted Lindsay Award and the Conn Smythe Trophy. Because of his seemingly unstoppable success, he is considered one the greatest ice hockey players of all time. He also has a place in the ‘100 Greatest NHL Players in history’ list.

Sidney has also represented Team Canada on several occasions including the 2010 Winter Olympics and 2005 World Junior Championships, where he won gold. He was also the captain of Team Canada in the 2014 Winter Olympics. In 2015, he led Canada to gold at the world championship in Prague – making him a member of the ‘Triple Gold Club’. He is also the only member of the Triple Gold club to have been the captain of the three winning teams. Other members of the Triple Gold club include Eric Staal, Scott Niedermayer and Rob Blake.

Sidney later captained the Canadian team in 2016’s World Cup Hockey and the team won gold. He was unanimously elected the MVP.

At this point, you can only be excited for what the future brings for this superstar.

Sidney Patrick Crosby was born to Tina and Troy Crosby on the 7th of August, 1987 at Grace Maternity Hospital in Halifax, Nova Scotia. Sidney grew up in Cole Harbour with his parents and younger sister. His father also played hockey and was a goaltender in the Quebec Major Junior Hockey League for the Verdun Junior Canadiens. However, his father never played in the NHL.

Sidney began playing hockey when he was only two years old by practising by himself in the family basement, he later learned to skate when he was three years old.

He attended Astral Drive Junior High School where he was a straight-A student and was considered a role model. He later transferred to Shattuck-Saint Mary’s in Faribault, Minnesota to be able to take part in the school’s hockey program. He also later attended Harrison Trimble High School, New Brunswick.

One of the perils of being under the spotlight is that your personal life will always be dissected and this is something Sidney Crosby is all too familiar with. The sportsman has taken cautious steps to keep his personal life out of the public eye, but all this has done is start up speculations as to why. As a result, many have wondered if the Canadian is perhaps gay. The answer to that question is ‘No’.

Sidney Crosby is a straight man and is currently in a relationship with Kathy Leutner.

Sidney Crosby is not yet married, he is however in a loving relationship with Kathy Leutner and the pair have been together since 2008. Kathy is a model and has appeared in many publications including Abercrombie & Fitch and Sports Illustrated. Despite being together for over a decade, the two have kept a notoriously low profile.

Sidney also has a younger sister – Taylor, who is also a hockey player. She was a goaltender for St. Cloud State University in Minnesota.

Sidney Crosby currently has a total net worth of $55 million and an annual salary of 10 million USD. He owns several houses including one in Halifax, Nova Scotia and another in Sewickley, Pennsylvania.

With his impressive salary, Crosby can easily get amazing houses anywhere he desires.

‘Teeth’ is always a topic of conversation when it comes to hockey players and Sidney Crosby is no exception. Considering the very physical nature of hockey, Sidney has lost several of his teeth on the hockey rink. Perhaps this can be viewed as a sign of his commitment to the game.

Sidney Crosby’s height is currently listed at 5 ft 11 in (180 cm) and he also weighs 200 lb (91 kg). This just means that the athlete is obviously in excellent shape which should come as no surprise; to be a professional athlete, one must work out often in order to be at their peak performance, considering their teammates and fans depend on them. When it comes to Sidney Crosby, at his height and physique, it is clear he does not let his team or fans down.