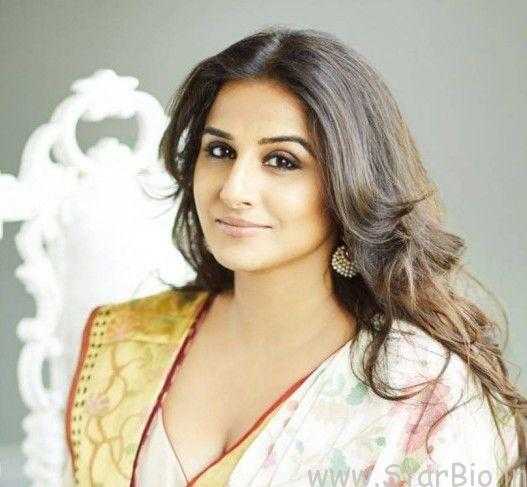 Vidya P. Balan is an Indian actress. Her Nickname is Vidhi. Let’s find out some interesting facts about Vidya Balan.

Vidya was born on 1 January 1978 (age 40; as in 2018) in Poothamkurussy, Puthur, Palakkad, Kerala, India. Her hometown is Chembur, Mumbai, Maharashtra, India. She attended St. Anthony Girls’ High School, Mumbai. She completed her Bachelor’s degree in sociology from St. Xavier’s College, Mumbai. Later, she joined the University of Mumbai, Mumbai to pursue a Masters degree in sociology.

Vidya is the daughter of P. R. Balan who worked as Executive Vice-President of Digicable and Saraswathy Balan who is a homemaker.

vidya Balan with her Parents

She has a sister, Priya Balan who works for an advertising company.

Vidya and Siddharth Roy Kapur, Businessman, and Producer, tied the knot on 14 December 2012.

Vidya with her brother-in-law, Kunaal Roy Kapur (on left) and her husband, Siddharth (on right)

She marked her debut in Bengali films with “Bhalo Theko” in 2003.

She rose to fame with her Hindi film debut “Parineeta”, in which she co-starred with Sunjay Dutt and Saif Ali Khan.

Vidya Balan as Silk in The Dirty Picture

She owns a Mercedes E-Class.

She gets paid 10 crores per movie. Her net worth is $15 million.