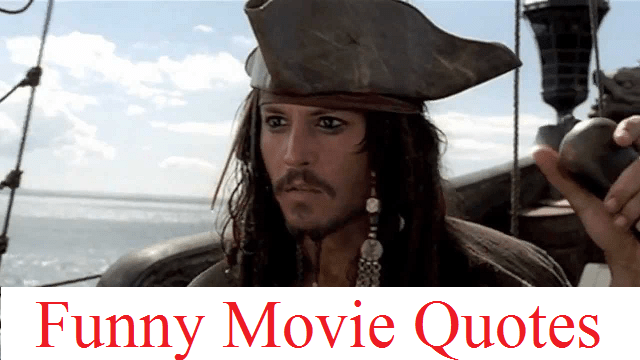 Some movie sayings or quotes have a great way of gradually influencing our everyday conversations, especially those from the pithy and repeatable dialogue. Perhaps, these one-liner movie sayings or quotes, or catchphrases have weaselled their way into our vernacular so completely that we even forget where they came from. While there are several comedy movies out there, a good number of them have created a viral phrase which has circulated to all parts of the world and is being uttered by almost every movie buff out there.

That being said, these movie saying or quotes also have a way of bringing comic relief to everyone. And when you are out with your friends, you might want to impress them with your movie knowledge. Check out these 150 funny movie sayings or quotes from your favorite films that are guaranteed to make you laugh. Enjoy!

Funny Movie Sayings or Quotes Guaranteed To Make You Laugh

2. “Gentlemen, you can’t fight in here. This is the War Room!” – Dr. Strangelove, or: How I Learned to Stop Worrying and Love the Bomb

3. “Your mother was a hamster and your father smelt of elderberries.” – Monty Python and the Holy Grail (1975)

4. “There are only three ages for women in Hollywood: babe, district attorney, and Driving Miss Daisy.” – The First Wives Club (1996)

5. “Inconceivable! Hello, my name is Inigo Montoya. You killed my father. Prepare to die. Mawwiage is what bwings us togethah today. As you wish” – The Princess Bride 1987

8. “Anybody interested in grabbing a couple of burgers and hittin’ the cemetery?” – The Royal Tenenbaums (2001)

11. Keep the change, ya filthy animal. I made my family disappear. Ahhhhhh! (preferably with hands on cheeks).” – Home Alone (1990)

12. “I think everything must go back to the fact that I had a very anxious childhood. You know, my mother never had time for me. You know, when you’re the middle child in a family of five million, you don’t get any attention. I mean, how is it possible?” – Antz (1998)

17. “This is one time where television really fails to capture the true excitement of a large squirrel predicting the weather.” – Groundhog Day (1993)

18. “Marriage is like an unfunny, tense version of Everybody Loves Raymond. But it doesn’t last 22 minutes, it lasts forever.” – Knocked Up (2007)

21. “There’s no reason to become alarmed, and we hope you’ll enjoy the rest of your flight. By the way, is there anyone on board who knows how to fly a plane?” – Airplane (1980)

26. “How can we be expected to teach children to learn how to read if they can’t even fit inside the building?…I don’t want to hear your excuses. The center has to be at least three times bigger than this.” – Zoolander (2001)

27. “There are only two things I hate in this world: people who are intolerant of other people’s cultures and the Dutch.” – Austin Powers in Goldmember (2002)

36. “I love rumors! Facts can be so misleading, whereas rumors, true or false, are often revealing.” – Inglorious Basterds (2009)

38. “I wouldn’t say I’ve been missing it, Bob. Whaaaaat’s happening? Sounds like somebody’s got a case of the Mondays. I have people skills!” – Office Space (1999)

40. “Mole! Bloody mole! We aren’t supposed to talk about the bloody mole, but there’s a bloody mole winking me in the face! I want to cut it off, chop it off, and make guacaMOLE!” – Austin Powers in Goldmember (2002)

42. “The last time I was inside a woman was when I visited the Statue of Liberty.” – Crimes and Misdemeanors (1989)

52. “I love the smell of napalm in the morning. You know, one time we had a hill bombed, for 12 hours. When it was all over, I walked up. We didn’t find one of ‘em, not one stinkin’ dink body. The smell, you know that gasoline smell, the whole hill smelled like … victory.” – Apocalypse Now (2019)

58. “You’re only supposed to blow the bloody doors off!” – The Italian Job

65. “The greatest trick the devil ever pulled was convincing the world he didn’t exist.” – The Usual Suspects (1995)

Most Hillarious Movie Sayings or Quotes

94. “Thank you for a memorable afternoon. Usually one must go to a bowling alley to meet a woman of your stature.” – Arthur (1996)

96. “We get the warhead and we hold the world ransom for…. One million dollars.” – Austin Powers: International Man of Mystery (1997)

123. “I learned a long time ago that worrying is like a rocking chair. It gives you something to do but it doesn’t get you anywhere.” – National Lampoon’s Van Wilder (2002)

130. “Really. I have an interesting case, treating two sets of Siamese twins with split personalities. I’m getting paid by eight people.” – Zelig (1983)

141. “If your left leg is Thanksgiving and your right leg is Christmas, can I visit you between the holidays?” – Deadpool (2016) 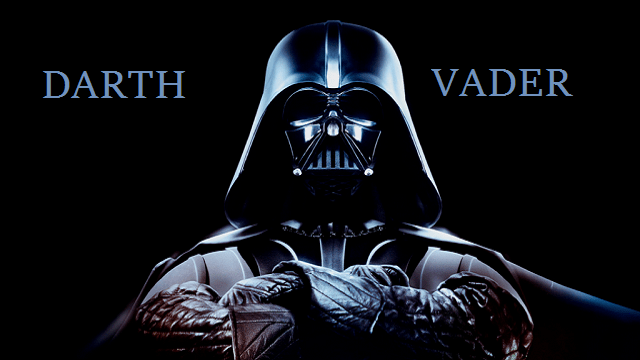 How well do you know Darth Vader Quotes? If you are a fan of the Star Wars series, chances are you must have heard or perhaps know Anakin Skywalker otherwise known as Darth Vader. He is the fictional character that played the antagonist in the original Star Wars trilogy and later on, portrayed the main… 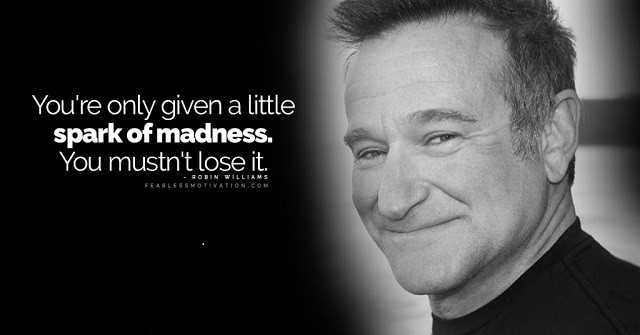 Feeling under the weather? Feel like you need a little life boost to help you kick off your day? Well, we’ve got you covered. We’ve compiled for you 100 fun, inspiring, enlightening, motivational and heartwarming quotes from the popular American stand-up comedian and actor, Robin Williams. Here are quotes to help you ease some stress,… 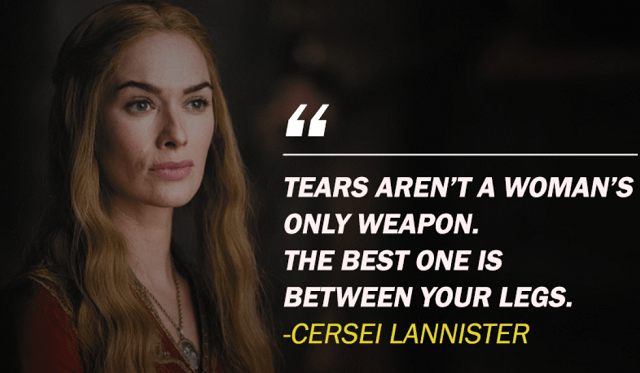 The eighth and final season of the HBO television series, Game of Thrones, has come and gone with a lot of people disappointed at how it all ended but whether you loved it or not, one thing is certain: the thought of Sunday nights coming without you having to watch the Seven Kingdoms fight for… 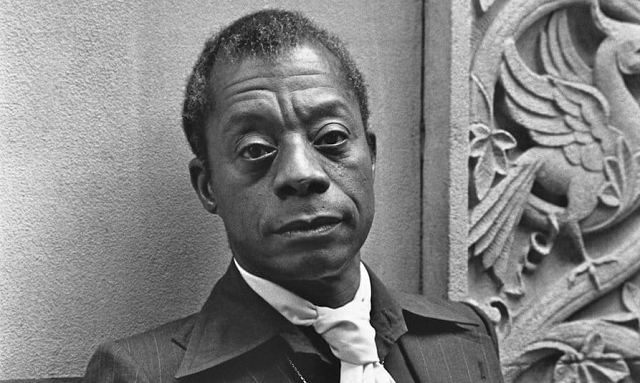 Counted among the most notable American writers of the mid-20th century, James Baldwin became a popular figure among readers, thanks to his novels, essays, and plays, which so beautifully decoded the class, racial, and sexual distinctions present in Western societies, most prominently in North America, at the time. Even though these distinctions were obvious, only… 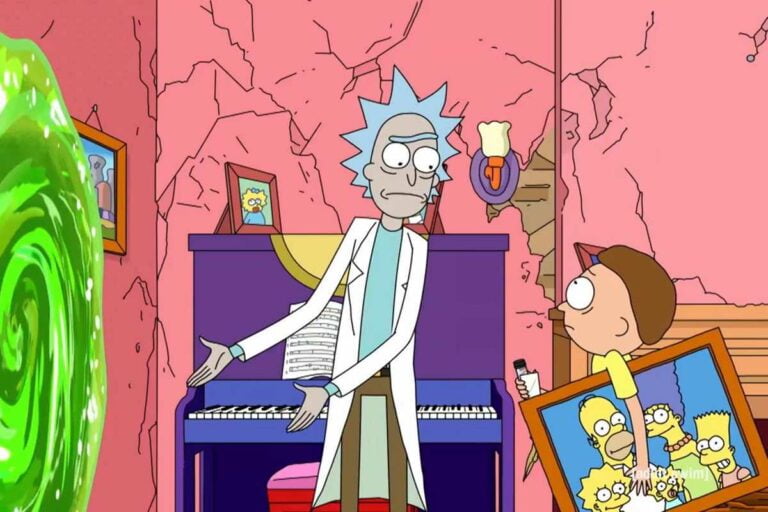 The American adult animated sitcom, Rick and Morty airs on the children’s pay-TV network, Cartoon Network, precisely on the station’s adult-oriented nighttime programming block, Adult Swim. It has aired for three seasons and following the wide popularity it gained during this time, it was renewed for a fourth season that will premiere on the 10th… 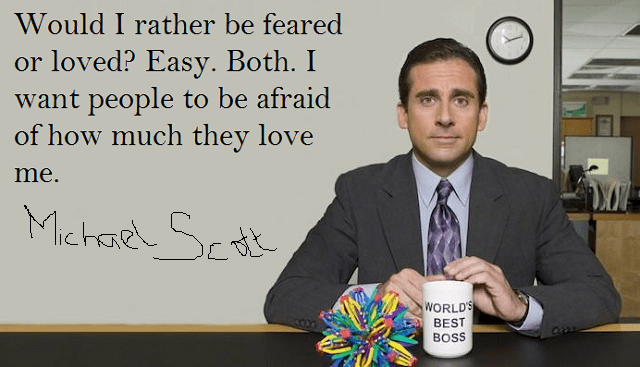 NBC’s sitcom, The Office, aired for nine seasons and kept viewers laughing from the time it debuted on March 24, 2005, until its final episode was aired on May 16, 2013. Of all the very humorous characters that are portrayed in the series, the central character, Michael Scott, is the funniest and unsurprisingly, the most…