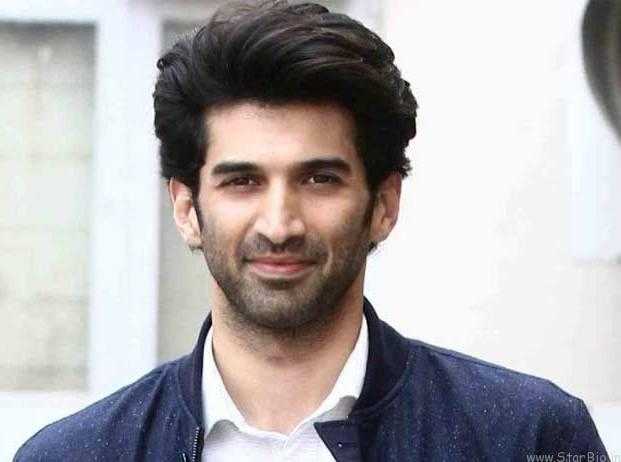 Aditya Roy Kapoor is an India actor. He came into the spotlight by playing the role of ‘Rahul Jaykar’ in the romantic drama “Aashiqui 2.”

Aditya Roy Kapoor was born on 16 November 1985 (age 33 years; as in 2018) in Mumbai, Maharashtra, India. He did his schooling from Mumbai’s GD Somani Memorial School. His mother was a drama teacher in the same school. Aditya was not good in studies and even failed his 6th and 11th standard. He wanted to be a cricketer from his school days and started taking cricket coaching. But, he dropped his coaching classes when he was in 6th standard. Aditya completed his graduation from St. Xavier’s College in Mumbai. After completing his graduation, he worked as a VJ on Channel V for 5 years.

His elder brother, Siddharth Roy Kapur, is a producer and CEO of UTV Motion Pictures. Siddharth is married to Vidya Balan.

Aditya Roy Kapur with his brother and sister in law

His brother, Kunal Roy Kapur, is also a producer.

Aditya Roy Kapoor with his brothers

Aditya Roy Kapur was rumoured to be dating Rhea Chakraborty.

Aditya was in a relationship with Shraddha Kapoor. However, the couple separated as Shraddha’s parents never approved of Aditya.

Aditya is reported to be in a relationship with Diva Dhawan, a fashion model.

Aditya started his career as a VJ (Video Jockey) on Channel V where his unique style of hosting and perfect comic timing made him immensely popular in the audience. While Aditya was working as a VJ he received a call for the audition for a film.

He made his Bollywood debut in 2009 by playing a small role in the film “London Dreams.”

Next, he played a supporting role in the films “Action Replayy” and “Guzaarish.”

In 2013, Aditya starred in the romantic drama “Aashiqui 2” opposite ‘Shraddha Kapoor.’ The film was hit on the box office and his performance in the film was critically acclaimed.

Aditya Roy Kapur with his BMW

Aditya has an estimated net worth of ₹54 crore. He gets paid around ₹4 crore for a film.