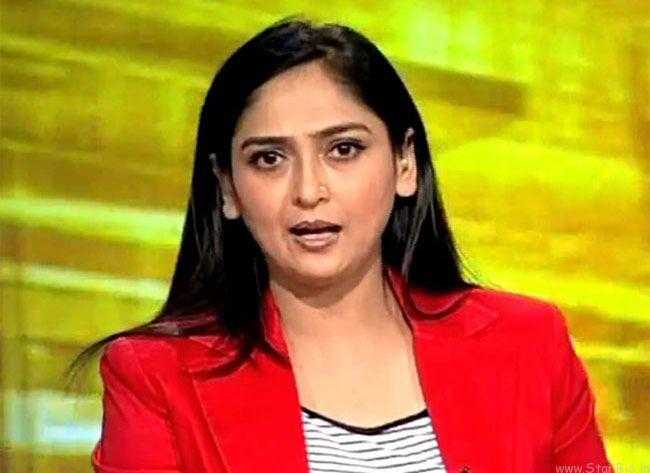 Amrita Rai is an Indian television journalist. She is the wife of Digvijaya Singh, former Congress CM of Madhya Pradesh. She is the senior anchor at Rajya Sabha TV.

Amrita Rai was born in 1972 (age 47 years; as in 2019) in Uttar Pradesh. She started her career as a journalist with BAG Films. Next, she joined Star News and worked as one of the leading anchors there. Subsequently, she joined CNEB and worked under the direction of the veteran journalist Rahul Dev briefly before joining NDTV. In 2016, Rai resigned from her post in NDTV and joined Rajya Sabha TV as a senior anchor where she is widely popular for her TV programme “Sarokaar.”

Amrita Rai belongs to a Hindu Family. Not much is known about her parents. She was married to Anand Pradhan, an associate professor of journalism at the Indian Institute of Mass Communication (IIMC), New Delhi. The couple got divorced with mutual consent in the year 2014.

I would like to share with my friends that I and Digvijaya Singh have married in a solemn ceremony, as per the Hindu rites. We have also later registered our marriage.