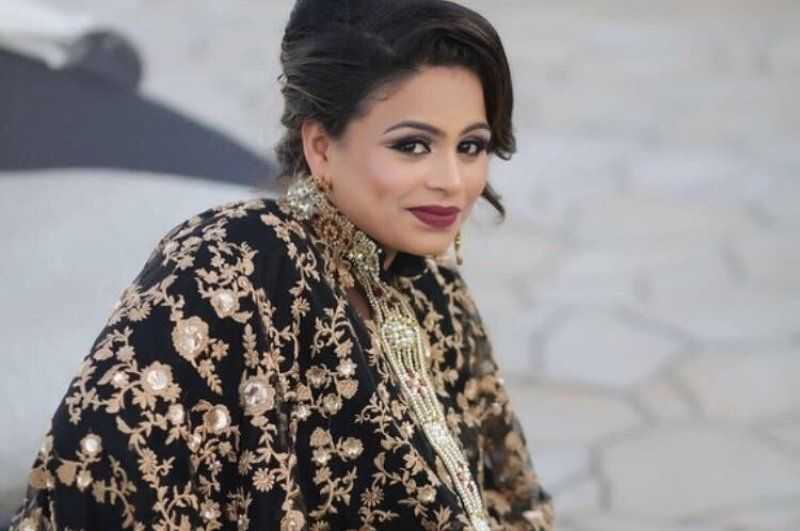 Gurlej Akhtar is a Punjabi singer known for her work in the movies like Jawani Zindabaad (2010), Hashar(2008) and Guddiyan Patole (2019).

Gurlej Akhtar was born on 3 March in the Ludhiana city of Punjab. Her zodiac sign is Pisces. She did her schooling from Government Higher Secondary School, Silattur. She pursued her graduation from Punjab University, Patiala, Punjab.

Gurlej Akhtar belongs to a Muslim family. Music runs in her family, and her father was also a singer.

Her mother’s name is Rani Akhtar.

Her brothers, Shehnaz Akhtar, Sahil Akhtar, and Dilshaad Akhtar (passed away) are all Sufi singers.

Her sister, Jasmeen Akhtar, is also a Punjabi singer.

She got married to the singer, Kulwinder Kally and the couple has a son named Daanveer.

Gurlej Akhtar With Husband, Kulwinder Kally And Her Son Daanveer

She started her singing career by singing a duet with Sukhwinder Sukhi with his album “Sharif Munda” in 2004.