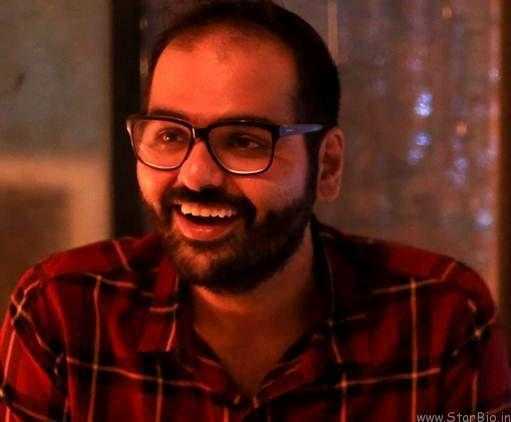 Kunal Kamra is an Indian Stand-up comedian and a social media personality. He is best known for his stand up acts on patriotism and the government in today’s India. Kamra hosts a podcast on the YouTube titled “Shut Up Ya Kunal.”

Kunal Kamra was born on 2 October 1988 (age 30 years; as in 2018) in Mahim, Mumbai. His zodiac sign is Libra. He belongs to a family with a business background. He did his schooling from a secondary school in Mumbai and went to Jai Hind College to pursue his graduation in commerce. Kamra scrapped through his school and left his college mid-way without informing his parents. At the age of 17, he started to work as an intern at MTV in their in-house production team. After a year, Kunal joined Prasoon Pandey’s Corcoise Films as a production assistant. He worked there for six years working on the international shoots, producing commercials for popular brands, and conducting high-powered meetings with representatives of big media organizations. In 2013, Kunal decided to explore something different in order to break the monotony of his job. It was then, that his friend, Siddharth Dudeja, who was a comedian himself, introduced Kunal to stand-up comedy and suggested him to give it a try. His first professional show “Blue Frog” in 2013 came out of luck. He went at the venue to catch up his friend, Karunesh Talwar, who was a headliner at the event and landed up a chance to perform a gig at the stage.

Kunal Kamra belongs to a Hindu Family. His father is a businessman who owns a pharmacy in Mumbai. Not much is known about his mother and siblings.

Kunal started his career as a stand-up comedian in 2013 by performing a gig at the Canvas Club in Mumbai. He brought the house down with his perfect comic punches. Subsequently, he performed at various comedy shows and received appreciation from the audience. In 2017, Kunal launched a podcast titled “Shut Up Ya Kunal” along with his friend Ramit Verma. The show features one or more public figures and is intended to create humour. The show has featured famous personalities like Madhukeshwar Desai, the spokesperson of BJP, Jignesh Mevani, Gujarat’s MLA and Dalit activist, and Shehla Rashid, the former JNU student leader. The episode featuring the JNU Students reached around 1.1 million views within a few hours of its release.

Kunal Kamra during his show “Shut Up Ya Kunal”

In February 2018, Kamra performed an act titled “Patriotism and the Government” that mocked the government’s need to use nationalism as an answer to every criticism. The punchline “Siachen mein humaare jawaan lad rahe hain” from the act went viral on social media.

Thereafter, Kunal made a comedy video titled “Kaun Banega Trollpati” in collaboration with the East India Comedy (EIC) which took a dig at the right-wing social media trolls. The video featured Kamra as a ‘Bhakt Launda’ on the hot seat, opposite the show host The Real Amitji. The game show included questions like “In which year did Maharana Pratap defeat Akbar at the Battle of Haldighati?” and the grand prize was a new Twitter follower. The video crossed over 4.5 lakh views.