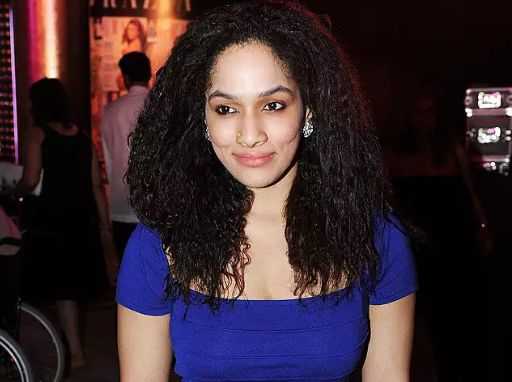 Masaba Gupta is an Indian Fashion Designer. She is the daughter of the famous cricketer, Viv Richards. Her mother, Neena Gupta has also been a famous Bollywood actress.

Masaba Gupta was born 1 November 1989 (Age: 29 years old, as in 2018) in Delhi, India. After her birth, her family shifted to Mumbai and Masaba received her primary education in Mumbai. Since childhood, she wanted to become a Tennis player. But, when she reached 16 years of age, she dropped the idea.

She became passionate about music and dance. Masaba wanted to join Shiamak Davar’s dance group, but her mother did not want her to pursue it. Then, she pursued a course in music and dance in London. However, her mother wanted her to try hand in acting. For her higher education, she enrolled at Premlila Vithaldas Polytechnic college of Shreemati Nathibai Damodar Thackersey Women’s University in Mumbai, India.

She was born to a very renowned cricketer, Viv Richards and a famous Bollywood actress, Neena Gupta. Her parents never got married and Masaba was raised by her mother. She has no siblings.

Masaba with her father, Viv Richards

Masaba Gupta with her mother

She married to film producer and entrepreneur, Madhu Mantena, on 2 June 2015 after falling in love with him. However, the couple separated and has no children.

Masaba Gupta and her husband

When she was 19 years old, she applied for Lakme Fashion Week in Mumbai with the support from another fashion designer, Wendell Rodricks.

Masaba is known for her flamboyant style and giving a unique name for her collections. She named her first collection, ‘Kattran.’ Masaba specializes in ethnic wear for women using cotton, chiffon, and silk with rich embroidery work. She is considered among the best designers in India. In 2017, she represented India in an exhibition, showcasing redesigns of LEVI’s iconic trucker jacket. That exhibition also showcased the redesigns of Justin Timberlake and other celebrities from across the world. In 2018, she launched a hijab-saree line for Muslim women who want to wear Indian high fashion.

Masaba Gupta with Alia Bhatt during a fashion show