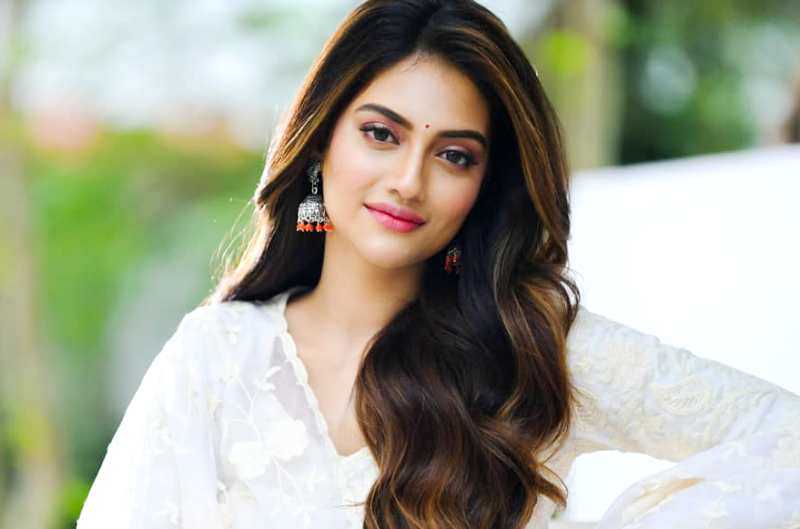 Nusrat Jahan is an Indian actress who works in Bengali Cinema. She is also a politician and is Member of Lok Sabha from Basirhat Constituency in the 17th Lok Sabha (2019-24).

Nusrat Jahan As A Child

She did her schooling from Our Lady Queen of the Missions School, Kolkata and pursued her Bachelors of Commerce from Bhawanipur College, Kolkata.

Nusrat Jahan With Her Father

Nusrat Jahan With Her Mother

She has two sisters named Nuzhat Jahan and Pooja Prassad.

Nusrat Jahan With Her Sisters

She was in a relationship with Kadir Khan.

She was rumoured to be in a relationship with a businessman from Jamshedpur called Victor Ghosh.

She got married to Nikhil Jain, a businessman in 2019 in Istanbul.

She started her career as a model after winning the beauty contest Fair-one Miss Kolkata in 2010.

She made her acting debut with the Bengali movie “Shotru” in 2011.

She joined All India Trinamool Congress (TMC) in 2019.

She contested against BJP’s Sayantan Basu in the 2019 Lok Sabha Elections from Basirhat Constituency in West Bengal and won by a margin of 3.5 Lakh votes.