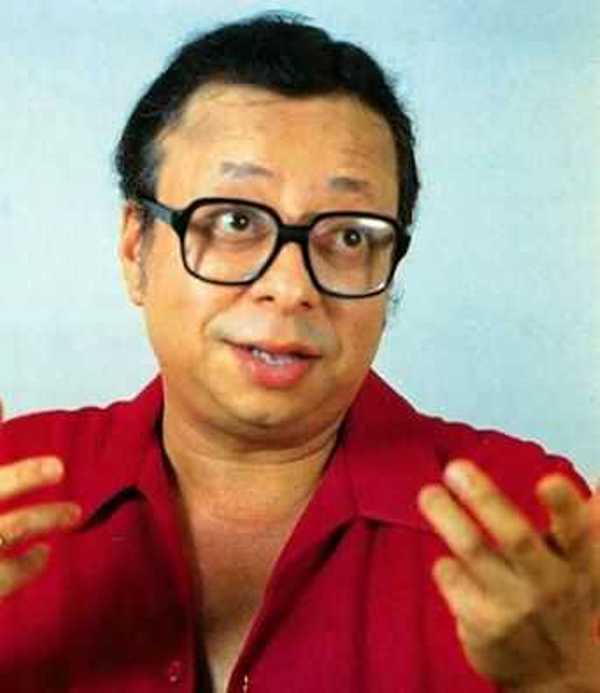 R. D. Burman is an Indian music director, composer, and singer. He is popularly attributed as ‘Panchamda’ and is regarded as one of the prominent composers of Indian Music Industry.

He did his schooling from a school in West Bengal. His father put him into training first under the Tabla Maestro, Brajen Biswas. He got trained by Ustad Ali Akbar Khan and Ashish Khan for sarod and Samta Prasad for tabla in Mumbai. Burman considers Salil Chowdhury as his mentor.

He belongs to a music rich Bengali family. His father Sachin Dev Burman (S. D. Burman), was a music director and singer. His mother Meera Dev Burman was a lyricist.

Burman met Rita Patel, one of his fans, in Darjeeling. She made a bet with her friends that she would go on a movie-date with Pancham. Rita and Burman got married in 1966 and divorced in 1971.

He then got married to Asha Bhosle in 1979. However, towards the end of his life, they did not live together.

Asha Bhosle With Her Sons, Anand Bhosle And Hemant Bhosle

The three are the children from Asha’s first marriage with Ganpatrao Bhosle.

When he was nine years old, he composed his first song “Aye Meri Topi Palat Ke Aa,” which his father used in the film “Funtoosh (1956).”

He composed one more song “Sar Jo Tera Chakraaye,” which his father included in the movie “Pyaasa (1957).”

His debut in Tamil film industry as a music director was with the movie “Poo Mazhai Pozhiyuthu (1987).”

He sang the famous song, “Mehbooba Mehbooba.” The song was listed No.24 in 1975 and No.6 in 1976 by Binaca Geetmala. It is also the only song which got him a nomination for the Filmfare Award for the Best Playback Singer. He did playback singing and also composed their scores in almost 18 films.

Awards/ Places Named After Him

R. D. Burman died on 4 January 1994 in Bombay (now Mumbai), Maharashtra due to a heart attack.