Raashi Khanna is an Indian actress and model who predominantly acts in the Telugu film industry. Khanna is known for her work on Madras Cafe (2013), Villain (2017) and Jai Lava Kusa (2017).

She debuted her acting career in 2013 from espionage thriller film Madras Cafe opposite John Abraham And made her Tollywood debut in Oohalu Gusagusalade.

Rashi Khanna was born in 1992. She has completed her graduation in English Honours from Lady Shri Ram College in Delhi and currently doing her masters in psychology.

In 2017, her first release was Jai Lava Kusa, opposite N. T. Rama Rao Jr. which opened to positive reviews and became a box office super-hit grossing more than ₹100 crore. Later she made her Malayalam debut with Villain, starring Mohanlal and Vishal, directed by B. Unnikrishnan where she essayed a cop in the movie.

The movie opened to positive reviews with critics praising her performance as a tough, investigating cop and the movie had a good run at box-office. Her last release of 2017 was Oxygen, marking her second collaboration with Gopichand, opening to mixed reviews. Later the movie went on to be an average grosser at the box office.

In 2018, her first release was Touch Chesi Chudu, marking her second collaboration with Ravi Teja. Though the movie went on a huge hype pre-release, it later opened to mixed to negative reviews and was unsuccessful at the box office.

Within a span of one week her next release was Tholi Prema, opposite Varun Tej, which opened to critical acclaim from critics and audience alike, with critics greatly praising her performance as Varsha as her best ever performance, and also the sparkling chemistry between the lead pair. Her next release was Srinivasa Kalyanam, opposite Nithiin, directed by National Award winner Satish Vegesna which opened to mixed reviews but the chemistry between the lead pair was appreciated.

In 2019, Her first release was Ayogya opposite Vishal, which was an official remake of the 2015 Telugu hit, Temper which received generally positive reviews from audience and critics. Her next release was Sangathamizhan opposite Vijay Sethupathi which opened to mixed reviews but Khanna received praise for her performance.

In December 2019, She had two releases, Venky Mama opposite Naga Chaitanya and Venkatesh Daggubati which received mixed reviews and Prati Roju Pandage marking her second collaboration with Sai Dharam Tej, which received generally positive reviews with critics praising her comic-timing in her performance as “Angel” Aarna, a highly self-obsessed girl from the village town, Rajahmundry. Both the films were commercially successful at the box office.

Her first release in 2020 was World Famous Lover opposite Vijay Deverakonda.

Khanna is currently shooting for Aranmanai 3 alongside Arya, Methavi opposite Jiiva and Tughlaq Durbar opposite Vijay Sethupathi, hence collaborating with him for the second time. She is due with the release of Shaitan Ka Bachcha opposite Siddharth. 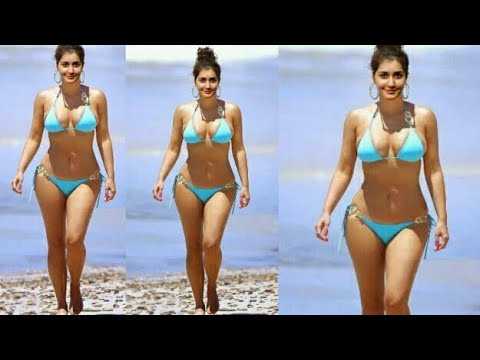