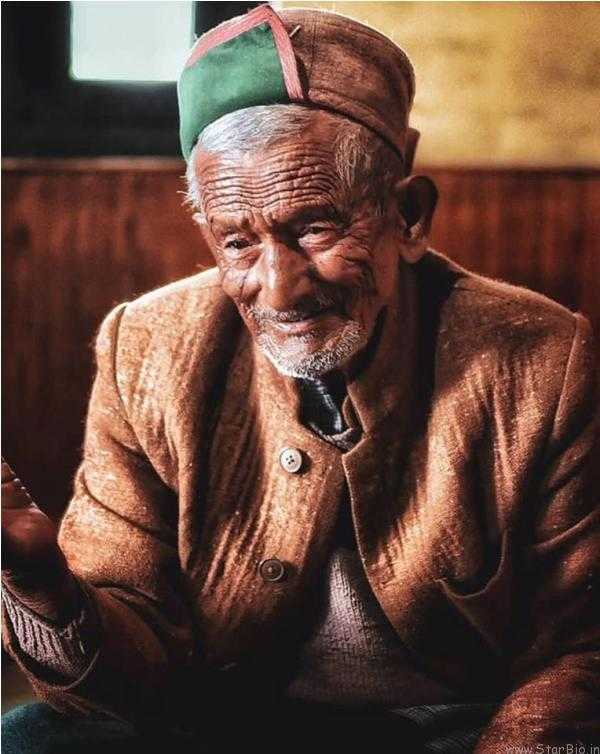 Shyam Saran Negi is an Indian retired school teacher. He is best known for being the first as well as the oldest voter of Independent India.

Negi started his schooling at the age of 10. He studied at a public school in Kalpa till his 5th standard and moved to Rampur to continue his further education. He turned 20 years old by the time he reached his 10th standard and was denied admission in the 10th standard on the grounds that he was overaged. After completing his schooling, Negi joined the Forest Department as a Forest Guard. He worked there for 6 years in the period between 1940-1946. Shyam Saran later worked at Kalpa’s Lower Middle School as a Junior Basic Teacher and after serving the education department for 23 years, he retired from his post in 1975.

Shyam Saran belongs to a Hindu Rajput Family. He is the son of late Narayan Das. Not much is known about his mother. Shyam Saran got married to Hira Mani. He has 3 sons and 5 daughters. His youngest son’s name is Chander Prakash Negi. Negi lost his eldest son in 2002.

Shyam Saran Negi with his wife

In 2019, Pushapraj, a BJP worker, used the word “Chowkidar” against Shyam’s name. In response to which Negi filed a complaint with the Deputy Commissioner of Kinnaur saying that he does not use any social media platform and has not authorized anyone except the H.P. Government and Election Commission of India, to use his name or pictures for the fulfilment of their political interest.