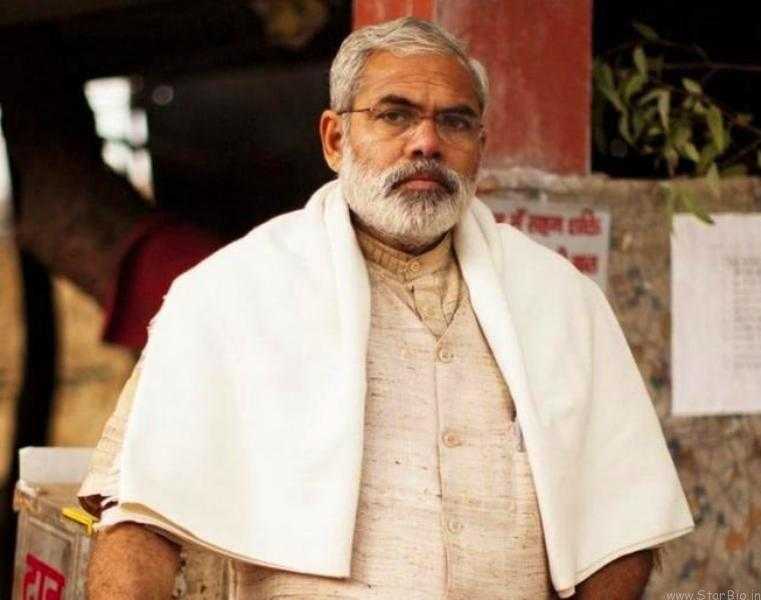 Abhinandan Pathak is a lookalike of Narendra Modi, who is famous for mimicking Modi. He is known for dressing and speaking like Modi and is sometimes referred to as ‘Junior Narendra Modi’ or ‘Nandan Modi.’

Abhinandan Pathak belongs to a Brahmin family. His father’s name is Ram Surat who used to be an employee at a small central store in Gandhi Ashram. His mother is a retired headmaster from Junior High School. He is married and has three daughters and a son.

He contested 1999 Lok Sabha Election from Chaurasi, Saharanpur but lost. He contested the 2012 Councillor Elections but eventually lost again. He came into focus after he started campaigning for Modi from Varanasi. He reportedly visited every corner Varanasi, on foot in 90 days. Because of his resemblance with Narendra Modi, Abhinandan was a target of people who were upset by Modi’s governance. People often throw words at him asking, “Acche Din Kab Aayenge” or when will “15 lakh” be transferred to their account. He was often the center of public rage. He tried to contact the Chief Minister of Uttar Pradesh, Yogi Adityanath and Mahendra Nath Pandey, president of BJP’s state unit for security but there was no response. Due to indifference with the state government and fear of risk to his life, led Abhinandan to Congress. He joined Congress in 2018 and decided to campaign for Congress in 2019 Lok Sabha Elections. He filed his nomination as an Independent candidate from Lucknow and Varanasi for 2019 Lok Sabha Elections.

After filing nomination on April 2019 from Lucknow. He announced his slogan, ” Ek Vote, Ek Note,” to the media. However, he received a notice from Election commission of India telling that the slogan violates Model Code of Conduct (MCC) and amounts to “luring electorate for votes.”