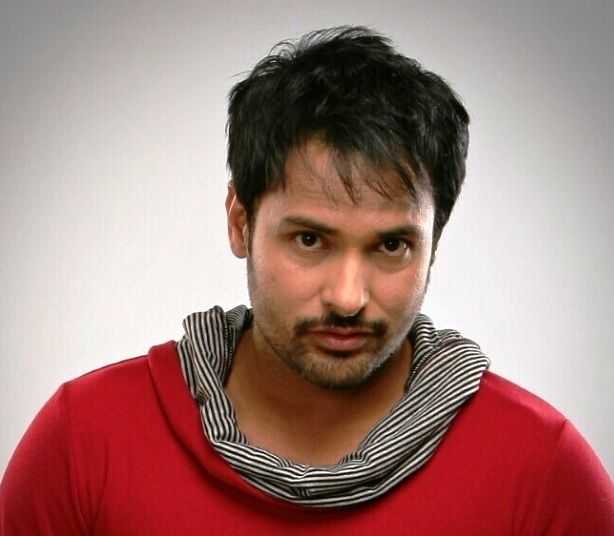 Amrinder Gill is a Canadian Punjabi singer, actor, film producer, and a songwriter. He came into the spotlight with his track “Paigam.”

Amrinder Gill was born on 11 May 1976 (age 43 years; as in 2019) in Boorchand, Amritsar. His zodiac sign is Taurus. He did his graduation from Khalsa College, Amritsar and went to Guru Nanak Dev University to pursue his master’s degree in agriculture science. He was inclined towards acting from a very young age. In his childhood, Gill often imitated scenes from the movies while standing in front of the mirror. He was a part of his college’s Bhangra team and has also performed in Sarbjit Cheema’s Bhangra troupe as a supporting artist. After completing his master’s, Amrinder worked as a Manager at the Ferozepur Central Cooperative Bank.

Amrinder Gill belongs to a Sikh Family. His father was a doctor and mother was a teacher. He has one elder sister.

Amrinder is married to Suneet Gill and has one son.

Amrinder Gill started his career as a singer with the Punjabi song “Kala Doria” which he recorded for the Jalandhar Doordarshan program. His debut music album “Apni Jaan Ke” was launched in 2000. Gill came into the limelight with the song “Paigam,” and subsequently released hit songs like “Daru,” “Madhaania,” “Khedan De Din,” “Mel Kara De,” and “Dildarian.” In 2011, he released his album “Judaa” which was a huge hit and was considered one of the most successful Punjabi albums of all time. The album earned him Brit Asia Music Award for ‘Best Album’ in 2012.

Amrinder made his acting debut in 2009, with the Punjabi film “Munde UK De” alongside Jimmy Shergill and Neeru Bajwa. Next, he played the lead role in the film “Ik Kudi Punjab Di.” Subsequently, he featured in hit films like “Goreyan Nu Daffa Karo,” “Angrej,” “Love Punjab,” “Sarvann,” and “Lahoriye.”