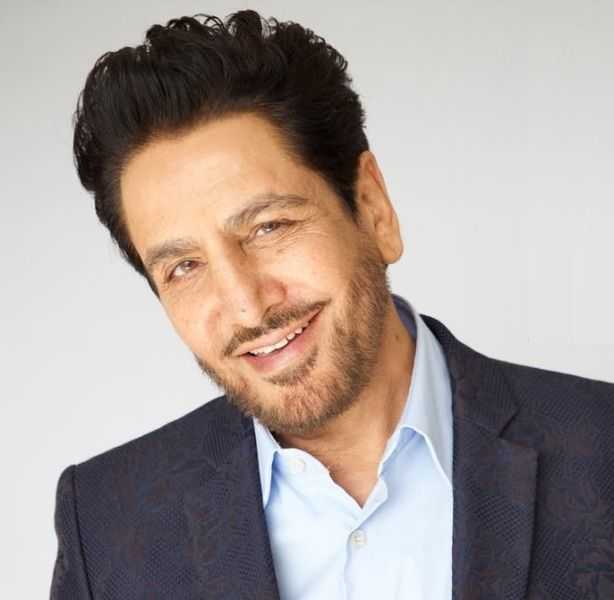 Gurdas Maan is a Punjabi singer, songwriter, choreographer, and actor. He is one of the most renowned personalities of the Punjabi Music Industry. He came into the limelight with his Punjabi song “Dil Da Mamla Hai.”

Gurdas Maan was born on 4 January 1957 (age 62 years; as in 2019) in Giddarbaha, District Muktsar, Punjab. His zodiac sign is Capricorn. He did his schooling from Patiala’s Yadavindra Public School and pursued his Master’s Degree in Physical Education from a college in Malout, Punjab. Thereafter, he did a Diploma Course in Sports Coaching from Netaji Subhas National Institute of Sports, Patiala. He was inclined towards music from a very young age. Maan participated in various singing and mimicry competitions at his college’s youth festivals and has won several awards.

When Gurdas was in college, he gave a musical performance on the song “Sajna Ve Sajna” at an official event of the Punjab State Electricity Board. The official staff of the board got so impressed with his performance that they offered him a job in their department. During one such stage performances, Gurdas sang the song “Dil Da Mamla Hai” where he caught the attention of a producer from Jalandhar TV station who approached Maan for the TV recording of the same song. the song was aired on 31 December 1980 and became an instant hit.

Gurdas Maan belongs to a Sikh Family. He is the son of Late Sardar Gurdev Singh Mann and Late Bibi Tej Kaur. He has a brother, Paramjit Bahia.

Gurdas Maan with his parents

He is married to Manjit Maan who is a producer and director of Indian Punjabi Films. The couple has a son, Gurickk G Maan, who is a video director and producer.

Gurdas Maan with his wife and son

Gurdas Maan started his singing career in 1980 with the Punjabi song “Dil Da Mamla Hai.” The song became a huge hit. Next, he released the songs “Mamla Gadbad Hai” and “Chhalla.” His Punjabi track “Apna Punjab Hove” received many awards in different categories like ‘The Best Song,’ ‘The Best Album,’ and ‘The Best International Artist’ in the Asian Pop and Media Award. In 2007, his album “Boot Polishan” won the Best International Album Award at the UK Asian Music Awards. He also sang the hit track “Ki Banu Duniya Da” along with Diljit Dosanjh on the Coke Studio MTV Season 4. Maan has also written and directed the television show “POP Time” for Doordarshan, Delhi.

In addition to singing, Maan has also tried his hands at acting. He has starred in many popular Bollywood films and has also received various awards like the Jury’s Award which was presented to him by the President of India. He has also appeared in many Hindi, Punjabi, and Tamil films. He is best known for starring in the film ‘Waris Shah-Ishq Da Waaris’ which is the depiction of the Punjabi poet Waris Shah during the creation of his epic poem Heer Ranjha. He has also made a special appearance in Shah Rukh Khan starrer “Veer Zaara.”