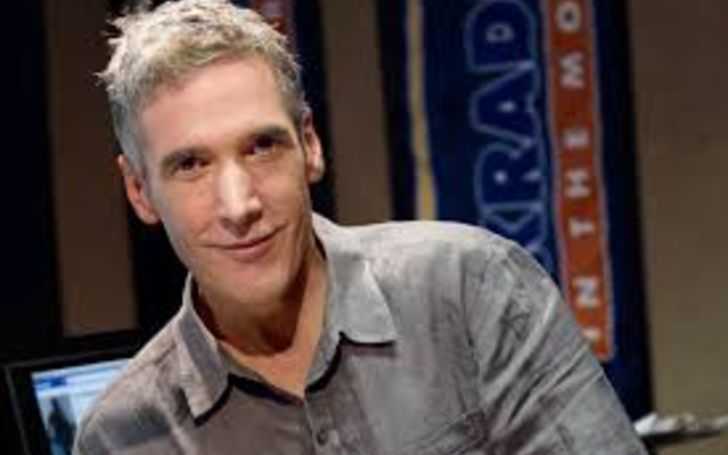 Television personality and radio host, David Peter Cradick, widely known as Kidd Kraddick was a reputed figure in the entertainment industry. The star of Kidd Kraddick Morning Show is no longer with us, but his works and legacy remain with us in our memories forever.

Kraddick’s untimely death came in the mid-July 2013 at Grenta, Louisiana. So, today, we take you closer to every detail on the unanticipated death and personal life of Kidd Kraddick.

The morning show host, Kidd Kraddick died after suffering from Hypertensive heart disease on July 27, 2013. He was at an annual fundraiser event for his charity foundation, Kidd’s Kids at Timberlane Country Club, when he lost his life.

According to the health reports, Kidd had a relatively enlarged heart with three diseased vessels. Specifically, one of the arteries blocked upto 80%, which was the primary reason for his demise.

Later, Jefferson Parish reported that his death was the cause of arteriosclerotic and hypertensive cardiovascular disease.

The media personality Kidd Kraddick made an unbelievable net worth of $30 million during his career. Impressively, the radio host used to take paychecks of $10 million every year from his national radio show.

Kidd’s name will be forever on the Texas Radio Hall of Fame as his morning show located in the glamorous city.

In his early days, Kraddick did a night show on a top-40 station, KEGL (The Eagle). Consequently, he received yet another accolade of being in Ten Outstanding Young Americans list by the United States Junior Chamber.

The late American figurehead, Kidd Kraddick got all the limelight when he started ‘Kidd Kraddick in the Morning’ show in Dallas, Texas. The show used to air from 5-10 AM Central on every weekday mornings. Impressively, the show was on more than 70 markets and the American Forces Radio Network.

Kraddick in The Morning Mouth and BitBoard

During his prime in the 1990s, the radio figure launched two radio oriented businesses, The Morning Mouth and BitBoard. While the earlier one was a publication for morning radio personalities, the latter was a sharing service for air characters.

Despite the shows performed quite well, Kraddick sold both firms. As of now, BitBoard runs under Clear Channel Communications, and The Morning Show is the property of Talentmasters in Atlanta, Georgia.

Kidd Kraddick was Married but Divorced

Even though things looked smooth at the beginning, they separated in 2007 following different interests and conflicts. Thus, the former duo had their divorce finalized in April 2008.

Just a week before his unfortunate demise, Kidd Kraddick bent on one knee and engaged with Lissi Mullen. The two shared a romantic relationship for over a year and were quite set to marry very soon until a disaster struck and shattered their aspirations.