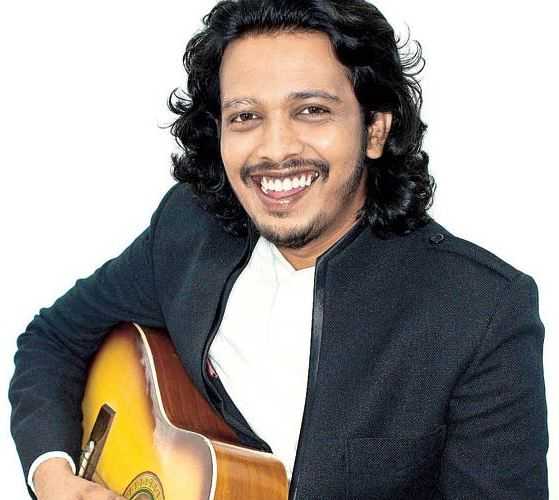 Nakash Aziz is an Indian music composer and singer. He is well known for his playback singing in the songs “Fan Anthem,” “Gandi Baat,” and “Sari Ke Fall Sa.”

Nakash Aziz was born on 24 February 1985 (age 34 years; as in 2019) in Moodabidri, a small suburban town on the outskirts of Mangalore. His zodiac sign is Pisces.

Nakash Aziz in his childhood

He hails from a family with a Musical background. Naksh was inclined towards singing from a very young age. At the age of 3, he sang his first song “Papa Kehte Hain” on his school stage during a function. His father wanted him to learn classical singing and enrolled him into Sublab Saha’s musical institute. When he was in his 7th standard, he started doing shows with the band “Bachchon Ki Duniya.”

Nakash Aziz performing in a show during his childhood

Nakash attended Mumbai’s Patkar College to pursue TYBA. While he was in college, he started participating in various musical competitions. He, then, joined Maqbool Hussain’s institute to receive training in classical music. In 2005, Nakash participated in season 2 of the singing reality show “Indian Idol” but got eliminated from the show after making it to to the top 28. Thereafter, he started composing jingles and devotional music along with one of his friends.

Naksh Aziz belongs to a Muslim Family. He is the son of Naushad Aziz, former bank employee, and Shamshad, homemaker.

Nakash Aziz with his mother

Aziz has also worked as a music assistant under A. R. Rahman and Pritam. He even made his Hollywood debut as a singer in the film “The Hundred Foot Journey.”