Tulsi was born in a Punjabi Hindu family to Gulshan Kumar and Sudesh Kumari Dua. She married Hitesh Ralhan on 18 February 2015 in New Delhi. Divya Dua is Tulsi’s sister-in-law. On 24 December 2017, Tulsi gave birth to a son who was named Shivaay Ralhan.

The estimated net worth of Tulsi Kumar is about $20 million. She is known to make money as a playback singer, and she is also entrepreneur like her father. Tulsi Kumar was born to a famous Indian singer and businessman Gulshan Kumar and his wife Sudesh Kumari.

Kumar began her singing career with backing tracks for Bollywood movies such as Chup Chup Ke, Humko Deewana Kar Gaye, and Aksar. In 2009, her debut album, Love ho Jaaye, was released. Along with the album, Kumar made a music video for the title track. Her song “Mujhe Teri” from the movie Paathshaala and “Tum Jo Aaye” from Once Upon a Time in Mumbai became hits. She has worked with Guru Randhawa, Himesh Reshammiya, Pritam, Anu Malik, Amaal Mallik, Mithoon, Jeet Ganguly, Arko Pravo Mukherjee, Meet Bros, and Sajid-Wajid, among others. 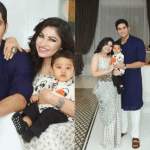 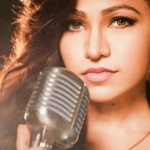 Some Known Facts About Tulsi Kumar