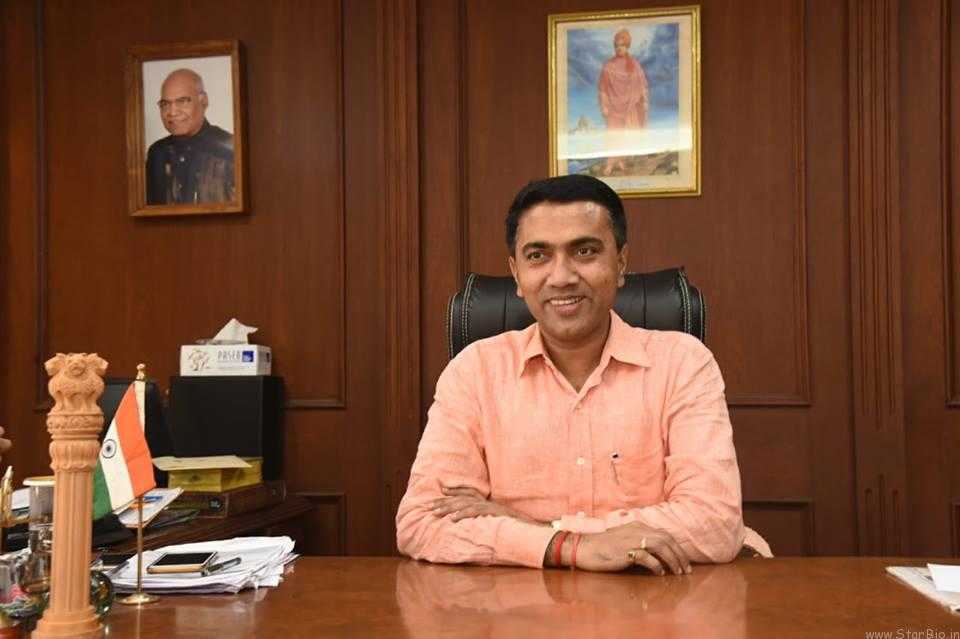 Pramod Sawant is an Indian politician who is best known for being the 13th Chief Minister of Goa. He made headlines in March 2019, when he filled the place of Manohar Parrikar as the Goa CM; after Parrikar’s demise on 17 March 2019.

Pramod Pandurang Sawant was born into a modest family on 24 April 1973 (age 46 years; as in 2019) in Bicholim, a city in North Goa. His hometown is Sanquelim, a town in North Goa. Apart from being a politician, Mr. Sawant is also an Ayurveda practitioner by profession. He obtained his degree of Bachelor of Ayurveda, Medicine, and Surgery from the Ganga Education Society’s Ayurvedic Medical College in Kolhapur in 1996. Mr. Sawant is also a post graduate in Master of Social Work from the Tilak Maharashtra University at Pune in 2010. At a young age, Pramod Sawant joined RSS and became an active Sangh Pracharak. Soon, he rose to the higher ranks in RSS. Mr. Sawant had a great bonding with Manohar Parrikar. In fact, he is considered as the protege of Manohar Parrikar. Like Parrikar, Mr. Sawant has also kept a man next door image and speaks the language of the common man.

Pramod Sawant belongs to a Maratha Kshatriya community. His father’s name is Pandurang while his mother’s name is Padmini Sawant. Pramod Sawant is married to Sulakshana, who is a Chemistry teacher at the Shri Shantadurga Higher Secondary School in Bicholim. Sulakshana Sawant is also a leader of the BJP and has been working as the President of the Goa unit of the BJP Mahila Morcha. The couple has a daughter named Parthivi.

After being actively involved with RSS, Pramod Sawant was brought into the active politics by Manohar Parrikar. Soon after being inducted into the BJP, he became the state President of the Bharatiya Janata Yuva Morcha. In March 2012, Mr. Sawant was elected to the Goa Legislative Assembly from the Sanquelim Constituency. In March 2017, he was again elected to the Seventh Legislative Assembly of the State of Goa. From 2017 to March 2019, he served as the Speaker of the Goa Legislative Assembly. He was handpicked by Parrikar to assume the Speaker’s post in 2017. On 19 March 2019, at 2:00 am, Mr. Sawant was sworn-in as Goa’s 11th Chief Minister, assumed the top political office in Goa despite never having served as a minister in the state cabinet. After taking the charge of the Chief Minister of Goa, Mr. Sawant wrote on his Facebook account,

I have taken charge as chief minister with utmost humility and sense of gratitude towards my idol and mentor Manohar Bhai…..I look forward to your blessings and support in carrying ahead the glorious legacy of commitment towards good governance.”