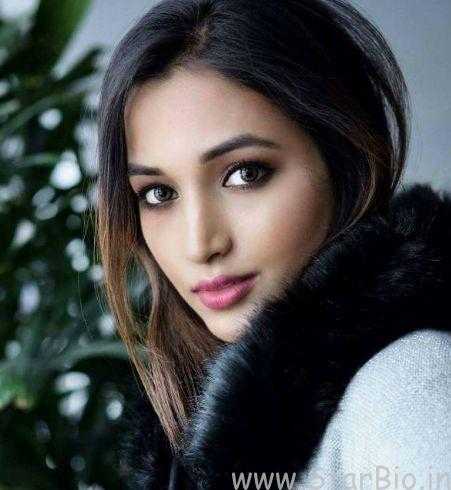 Srinidhi Shetty is an Indian Model and Actress in Kannada film industry. She was the 2nd Indian to win the beauty pageant “Miss Supranational” in 2016 after Asha Bhat. She made her debut into the film industry through 2018’s Kannada movie ‘KGF’ opposite rocking star Yash. Let’s find out some interesting facts about Srinidhi.

Srinidhi Ramesh Shetty was born on 21 October 1992 (aged 26; as in 2018) in Mangalore, Karnataka, India. She did her schooling from Sri Narayana Guru English Medium School, Mangalore and later pursued her pre-university studies from St. Aloysius Pre-University College, Mangalore. Further, she did her graduation in B.Tech – EEE from Jain University, Bangalore. She was a brilliant student attaining 93.5% in her matriculation and an overall score of 85% in her Engineering. Other than being a bright student, Srinidhi participated in various fashion shows during her college days.

Growing up watching several beauty pageants on Television, she had a dream to be one. Initially, she was associated with Accenture, Bangalore as a Software Engineer. She late quit her job with Accenture in order to pursue her dream career of being a model and a beauty queen.

This brown-eyed model turned actress is 5’ 8” tall and weighs around 55kg. She has black hairs and an attractive figure of 33-27-34.

Srinidhi is born into a Hindu family to Ramesh Shetty and late Kushala Shetty who hails from Karnataka. She lost her mother while she was in 10th Standard to a brief illness. She has two sisters namely Amrita Shetty and Priyanka Shetty. Srinidhi is the youngest of the three daughters. No details are known regarding her boyfriend.

Srinidhi with her mother and sisters

Srinidhi with her father Ramesh Shetty

During her college days, Srinidhi was an NCC cadet and also an active participant in various fashion shows. After terminating herself from Accenture, Srinidhi participated in different beauty pageants. She was immensely supported to chase her dreams by her father during her career as a model. In 2012, she evolved to be amongst the top 5 contestants in Clean & Clear Fresh Face. Subsequently, in 2015, Srinidhi stood out to be the winner of Mannapuram Miss South India, Miss Karnataka and Miss Beautiful Smile. She contested in Mannapuram Miss Queen and became the 1st runner-up.

After winning Miss Supranational in 2016, Srinidhi had been receiving offers in movies. She made her first debut as a lead actress in 2018 Kannada film, K.G.F, starring rocking star ‘Yash‘.