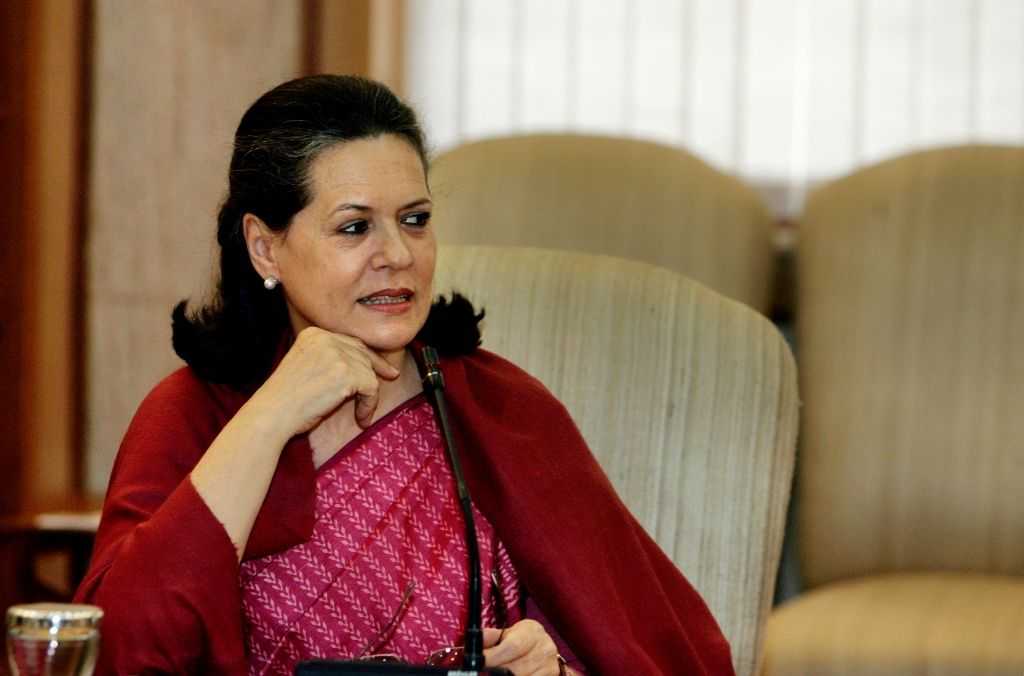 Sonia Gandhi is an Indian politician and is the former President of the Indian National Congress (INC). She is the widow of the former Prime Minister Rajiv Gandhi and took over the Congress leadership in 1998.

She was born on 9 December 1946 (age 72 years; as in 2018) in Lusiana, Veneto, Italy. Her zodiac sign is Sagittarius. Her real name is Edvige Antonia Albina Maino. She did her schooling from a Catholic School in Orbassano, Italy. Her teachers in school stated that she was highly intelligent and diligent and would do very well in higher studies and her career. She then went on to pursue Bachelors in English from the Bell Educational Trust’s Language School, Cambridge City, England. She wanted to be a flight attendant. In 1964, she was working as a part-time waitress in Varsity Restaurant, Cambridge. It was here that she met Rajiv Gandhi for the first time; he was pursuing engineering from Trinity College, Cambridge. They both got married in 1968 following a Hindu ceremony, after which she moved to India.

They had two children, Rahul Gandhi and Priyanka Gandhi. Rajiv Gandhi was never directly involved in politics, despite his mother, Indira Gandhi, being the Prime Minister of India. He worked as a commercial airline pilot and Sonia took care of the family and household. Sonia was very close to Indira Gandhi, she used to spend a lot of time with her and also learned Hindi during that time.

Sonia Gandhi With Rajiv Gandhi And Their Children

Sonia had always been interested in art and used to work towards art restoration and preservation. In 1982, when Rajiv Gandhi’s younger brother, Sanjay Gandhi, died an unexpected death, Rajiv entered active politics to support his mother. In 1984, after Indira Gandhi’s assassination, Rajiv Gandhi was named Prime Minister. Sonia used to campaign for Rajiv Gandhi but she never got involved in politics. She primarily focused on art restoration and preservation of historic art pieces of India.

Sonia Gandhi With Rajiv Gandhi After He Became The Prime Minister

Sonia Gandhi follows Hinduism. As she was raised in a Catholic household in Italy, she followed Christianity. Her father, Stefano Maino, is deceased now and was a businessman. Her mother, Paola Maino, now handles the family business. Sonia has an elder sister, Anushka Maino, and a younger sister, Nadia Maino.

Sonia Gandhi After Being Elected As The Leader Of The UPA

In 2004, she was also appointed as the Chairperson of the National Advisory Committee. In 2006, she was re-elected to the Lok Sabha in the Lok Sabha by-polls from Rae Bareilly after her resignation from the Lok Sabha on 23 March 2006. Sonia Gandhi led the UPA to a majority win in the 2009 Lok Sabha elections. She was re-elected to the Lok Sabha from the Rae Bareilly Constituency in 2009, 2014 and 2019 consecutively. In 2013, she became the first person to serve as the Congress President for 15 consecutive years. She resigned as the President of the Indian National Congress on 16 December 2017, when her son Rahul Gandhi was appointed as the 49th Congress Party President.

Salary: Rs. 1 Lac per month + Additional Allowances (as a member of Lok Sabha)